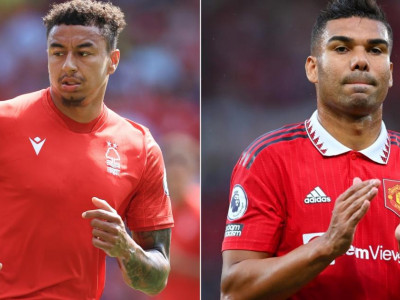 The 2022/23 Carabao Cup enters the semifinal stage this week with Manchester United tipped as favourites to win the competition ahead of facing Nottingham Forest in the last four.

Erik ten Hag is determined to secure silverware in his first season at Old Trafford and the Red Devils head to the City Ground in first-leg action on January 25.

United are the joint-second most successful club in the competition's history, with five titles, but Forest have not reached the final since 1992.

Here's all the key information on the match including kickoff time, live streaming and TV channels, lineups and betting odds.

This Carabao Cup semifinal first leg kicks off at the City Ground on Wednesday, January 25 at 8:00 p.m. local time.

Here's how that time translates across some of the major territories:

Here's how to watch all of the action from this match in some of the major territories:

UK: The game can be seen on Sky Sports' TV and streaming platforms in the UK.

USA: This match is streamed on ESPN+ for subscribers in the USA.

Canada: Carabao Cup matches are streamed via DAZN in Canada.

Australia: Fans in Australia can follow the action through beIN Sports.

Forest boss Steve Cooper has named a strong side as he looks to secure a famous date at Wembley.

First-choice goalkeeper Dean Henderson is carrying an injury but is ineligible against his parent club anyway, with Wayne Hennessey filling in, but his Wales international teammate Neco Williams is only on the bench. New signing Danilo makes his first start.

Omar Richards, Taiwo Awoniyi and new signing Chris Wood are out, and Ryan Yates has not recovered from illness, but Jesse Lingard has made the squad against his old club.

Ten Hag is also battling to keep his squad fresh across multiple competitions, and he makes three changes from the 3-2 Premier League defeat at Arsenal last weekend.

Luke Shaw, Raphael Varane and Scott McTominay drop out, with Tyrell Malacia, Victor Lindelof and Casemiro — who was suspended for the game with the Gunners — coming in.

Diogo Dalot, Anthony Martial and Jadon Sancho are still sidelined, while Harry Maguire is banned due to yellow cards accrued in earlier rounds. Teenager Kobbie Mainoo is on the bench again.

Forest will sense this game is their chance to gain an edge in the two-legged contest with a trip to Old Trafford next month presenting a major challenge.

They have already knocked out Tottenham and Wolves to reach the semifinals, and a positive result is not beyond them against a rotated United side.