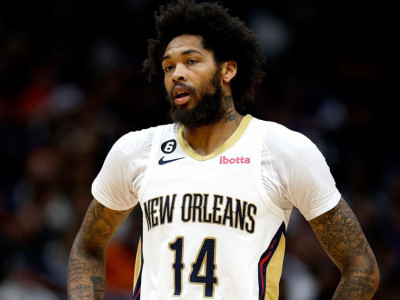 The Pelicans have soared toward the top of the Western Conference standings without a key player in action.

Brandon Ingram, who missed time earlier in the season due to the NBA's concussion protocols, has been sidelined for an extended period of time with a toe injury. Despite Ingram's latest setback, New Orleans has earned key wins to establish itself among the West's elite.

As New Orleans looks to continue to make good on its potential, here's what we know about Ingram's injury and his status with the Pelicans moving forward.

SIGN UP TO WATCH EVERY GAME ON NBA LEAGUE PASS: U.S. and U.K. | All other countries

In a loss to the Grizzlies on Nov. 25, Ingram exited right before halftime with a left toe injury.

The Pelicans have since ruled the injury as a left great toe contusion, with head coach Willie Green indicating that Ingram's toe was structurally intact.

Ingram appeared to suffer the injury while pushing the ball in transition with three minutes left in the second quarter, something noted by Grizzlies color analyst Brevin Knight as it happened.

Here is a look at the full sequence:

On Dec. 13, Green said that Ingram experienced a small setback during his rehab process, per ESPN's Andrew Lopez.

It was said that Ingram would be re-evaluated in a week from the time of the latest update, however after a loss to the Bucks on Dec. 19, Green suggested that Ingram's absence could be longer:

"He's getting better but it's been a slow process for him," Green said of Ingram's status. "We don't have an update on when he'll be ready to play, we're just kind of taking it week by week right now."

According to The Athletic's Shams Charania, Ingram will return on Wednesday when the Pelicans face the Timberwolves barring any setback in pregame.