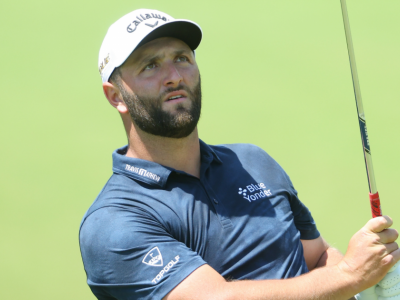 Jon Rahm is looking to do something no golfer has done since Tiger Woods in his prime.

Winner of his first two events of the year, the Spaniard is trying to become the first player since Woods in 2008 to open up the year with three straight wins.

In addition to back-to-back wins at the Sentry Tournament of Champions and The American Express, the No. 3 ranked golfer in the world has won four of his last six dating back to last year with seven straight top 10s. Though the Farmers Insurance packs a loaded field, Rahm enters as the heavy favorite. Given his past history at Torrey Pines, the rest of the tour eagerly waiting for him to cool off may need to keep waiting.

This is the same course where Rahm won the 2021 US Open and he nearly won here last year, finishing tied for third and one stroke out of a playoff. Rahm won his first-ever PGA Tour event back in 2017 at this event, draining a 60-foot eagle putt on the final hole, and has finished in the top 10 in six of the seven events he's played at the fabled San Diego course.

Also at stake? A move up back up to No. 1 in the world, though Rory McIlroy's return this week in Dubai does complicate matters should both win.

Here are the full scenarios for Rahm.

Of course, a hungry field won't simply roll over as prey for Rahm on his Tiger-like prowl.

Among the big names teeing off in Torrey Pines include Justin Thomas, Xander Schauffele, Will Zalatoris, Collin Morikawa, Tony Finau, Max Homa and defending champion Luke List. Here are all of the pairings and tee times for the first two rounds.

The first round gets underway on Wednesday with the PGA Tour opting to play Wednesday through Saturday to avoid the NFL conference championship games on Sunday. Not only will players start staggered on the first and 10th holes, they will also be split for the first two rounds at the North Course and South Course at Torrey Pines. All players will play one round at each course with the final two rounds on the South Course.

(Note: An asterisk next to tee times indicates the group begins on the 10th hole. All times are p.m. and in eastern standard time.)

Jon Rahm is a massive betting favorite heading into the week(end). Here are the top 10 according to BetMGM along with their odds to finish in the top 5 and top 10.