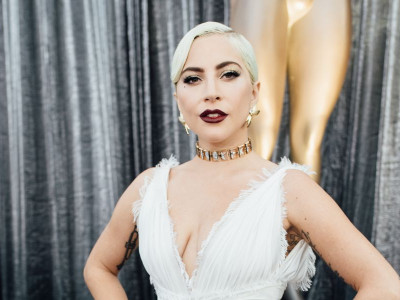 Fans of Joker can rejoice—an official sequel to Todd Phillips's acclaimed film is happening, this time with Lady Gaga along for the ride.

After months of speculation, Lady Gaga confirmed the major casting news on social media simply writing, "Joker: Folie à Deux 10.04.24," alongside a quick clip featuring the silhouettes of Joaquin Phoenix's Joker and what fans are assuming is the shadow of Harley Quinn, the Joker's most famous love interest.

In the comics, Harley Quinn is the criminal persona of Dr. Harleen Quinzel, a psychiatrist at Arkham Asylum who eventually falls in love with her patient Arthur Fleck, better known as the Joker. Reportedly, the film will take place in a universe separate from the Suicide Squad movies, which star Margot Robbie.

Joker made more than $1 billion worldwide at the box office and scored Phoenix his first Oscar, for Best Actor, in 2020. Though the plot for the sequel is still tightly under wraps, Deadline reported that Phillips is returning as director and this time around, the film will be a musical.

While the Joker has always been one of the DC Universe's more disturbed characters, Phillips's adaption of the origin storyline was especially so. Following the film's release, critics debated the necessity of a film like Joker, especially as the United States continues to be plagued by mass shootings and violence.

Adding Gaga to the mix is seemingly a calculated move to influence more women to hit the theater for the film's release. And it might work: Aside from being an international pop star, Gaga is a damn good actress. Not only was nominated for a Best Actress Oscar for her role as Ally in 2018's A Star Is Born, but she won the Academy Award for Best Original Song for "Shallow." This year, she was famously snubbed for her portrayal of Patrizia Reggiani in Ridley Scott's House of Gucci.

Watch this space for updates on Joker: Folie à Deux.