What to Know About the FABRIC Act, the First Federal Bill for Fashion Workers 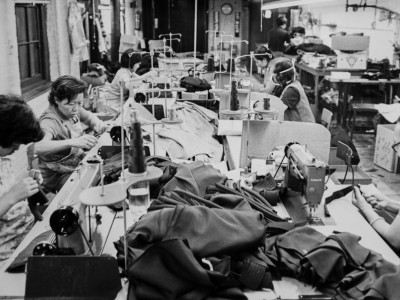 A first-of-its-kind bill that aims to protect American garment workers is making its way to the Senate floor.

The FABRIC Act has the potential to shape the livelihoods of the nearly 100,000 garment workers who are integral to the American fashion industry, but many of whom face exploitative and hazardous working conditions due to loopholes in current labor laws.

Critically, the bill would amend the Fair Labor Standards Act of 1938 and do away with the piece-rate pay system—a practice that allows employers to pay garment workers as little as three cents per piece that they assemble—by restructuring pay rates and ensuring a minimum wage floor. New measures would hold violating retailers liable for wage theft and require manufacturers and contractors to register with the Department of Labor.

"I've heard about shops that will underpay or simply refuse to pay their workers, that purposely shut down and open shop across the town under a different name just to dodge their responsibilities," Gillibrand said today in a press conference held at New York City's Ferrara Manufacturing factory, according to footage captured by fashion writer Alyssa Hardy. "These practices are inhumane and unacceptable. No one should be paid so little for such hard work."

The FABRIC Act also looks to revitalize the country's domestic manufacturing industry. Companies would be encouraged to relocate internationally outsourced factories back to the U.S. through incentives provided in the bill, such as tax credits or the installment of a new grant program.

A similar bill, dubbed SB 62, was recently passed by legislators in California, where some 45,000 of the country's garment workers are employed. The historic law expanded retailer liability, prohibited piece-rate pay, and authorized the Labor Commissioner’s Bureau of Field Enforcement to investigate violations. The victory comes after a previous attempt to secure protections in the state's assembly.