Occupiers set up torture chambers in Snihurivka, Mykolaiv Oblast; there are mass graves 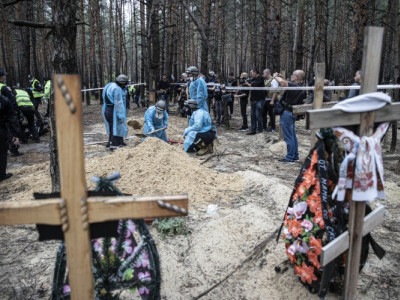 In Snigurivka, Mykolaiv Oblast, which was recently liberated, the Russian occupiers had set up torture chambers where local residents were interrogated.

Quote: "There are a lot of stories of torture, abuse, a lot of people were taken to Kherson, to Kakhovka. Now we are identifying people who have experienced torture, we have some intelligence on where the mass graves are. There are many stories and they are all the same: destruction, harassment. The Russians told the residents of Snihurivka: ‘Mykolaiv is about to fall, we will take Odesa, we will take Kyiv…’

The torture chamber was in the district police station, then the torture chamber was placed in a restaurant in Snihurivka; we knew about it. People called us and said that the screams of people being tortured were very loud. People who lived there in high-rise buildings had to move in with relatives on other streets, so as not to hear the screams."