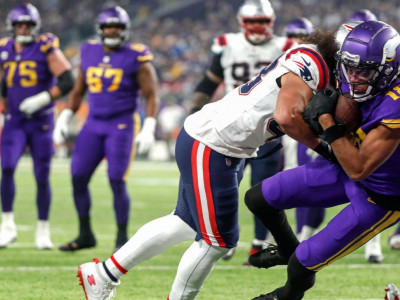 MINNEAPOLIS -- The Minnesota Vikings still have the best opening-drive offense in football.

Kirk Cousins' 6-yard touchdown pass to receiver Justin Jefferson was their seventh touchdown on the opening drive of a game this season. That's two more that any of the NFL's other 31 teams, according to ESPN Stats & Information research.

Jefferson caught two passes on the drive, four days after catching a total of three passes in the Vikings' 40-3 loss to the Dallas Cowboys on Sunday. He is nearing the NFL record for most yards in the first three seasons of a career, one currently held by former Vikings receiver Randy Moss (4,163).

After his touchdown catch, Jefferson's career receiving total was 4,122 yards.