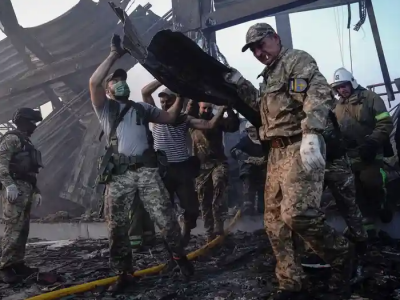 Two rescuers were injured early on Wednesday while dismantling the rubble of a shopping mall in Kremenchuk destroyed by a Russian missile attack.

According to Ukrinform, the Ukrainian State Emergency Service said in a Telegram post that as of the morning of June 29, search operations are underway, and the damaged building structures are being dismantled.