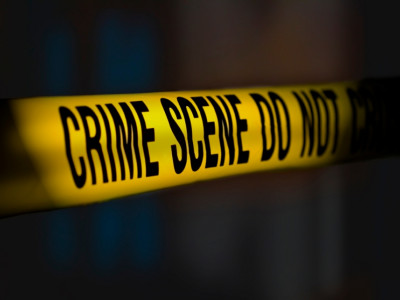 Joseph C. Gaines, 42, pleaded guilty in November 2021 to transporting a minor interstate with the intention of sexually abusing the victim, and committing a new offense against a minor as a registered sex offender.

According to court documents, during July and August of 2019, Gaines transported a minor who was approximately 7 years old from Ohio to numerous other states. While in those other states, Gaines sexually assaulted the child repeatedly and in a variety of ways.

Gaines was on parole when he committed the sexual assaults. He was convicted in Stark County Common Pleas Court in 2005 of raping a 13-year-old in 1998.

In 2000, Gaines was convicted in Florida of kidnapping and attempted aggravated assault after approaching a woman on the beach, placing a knife to her throat, and saying, “you’re coming with me.”

Gaines’ DNA also linked him to two other rapes. Around the time of the 1998 rape, the defendant approached a 15-year-old on the street in Canton, Ohio, and threatened her with a box cutter before taking her into the woods and raping her. Gaines’ DNA was found in the victim’s underwear. In 2002, a married couple was walking on the beach in Florida when the defendant approached them with a weapon covered by a towel and forced them to an abandoned building. Gaines raped the wife and forced the husband to watch.

“A multi-decade sentence is warranted for this defendant, whose ongoing actions reveal him to be a true predator,” said U.S. Attorney Kenneth L. Parker. “Gaines spent much of the past 20 plus years – other than the times he was incarcerated – perpetrating dangerous sexual assaults. Now, he’ll spend the next 35 years in federal prison. This is the type of incorrigible conduct that prison walls are made for.”