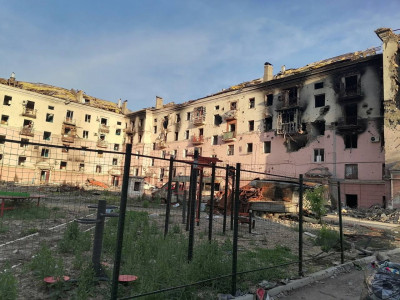 More than 100 bodies of people killed by Russian bombardment have been found under the rubble of a building in the temporarily occupied city of Mariupol.

Petro Andriushchenko, an adviser to the mayor of Mariupol, said this on Telegram, Ukrinform reports.

"Mariupol. New sad discoveries. While inspecting buildings in the Livoberezhny district, more than bodies of those killed by bombardment have been found in a house hit by an air bomb at the intersection of Peremohy Avenue and Meotydy Boulevard. The bodies are still under the rubble. The occupiers are not planning to retrieve and bury them," he wrote.