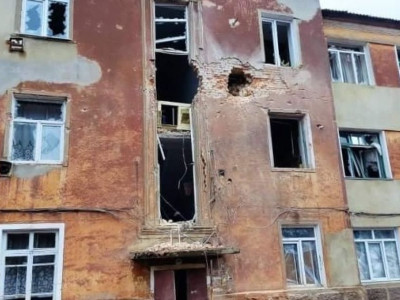 The invaders forcibly deport Popasna residents to the districts of Luhansk Region controlled by Russian troops since 2014. “In the Russia-controlled town of Popasna, the invaders are literally hunting local civilians. The Russian thugs are searching for survivor among the ruins and forcibly deport them at gunpoint to Pervomaisk and Stakhanov controlled by Russian troops since 2014”, Serhii Haidai, the Head of Luhansk Regional Administration, reported. Haidai emphasized that the deportees were kept in the so-called “Luhansk People’s Republic” against their will. The relatives could not contact them, and the further fate of deported residents of Popasna remained unknown. Read also: